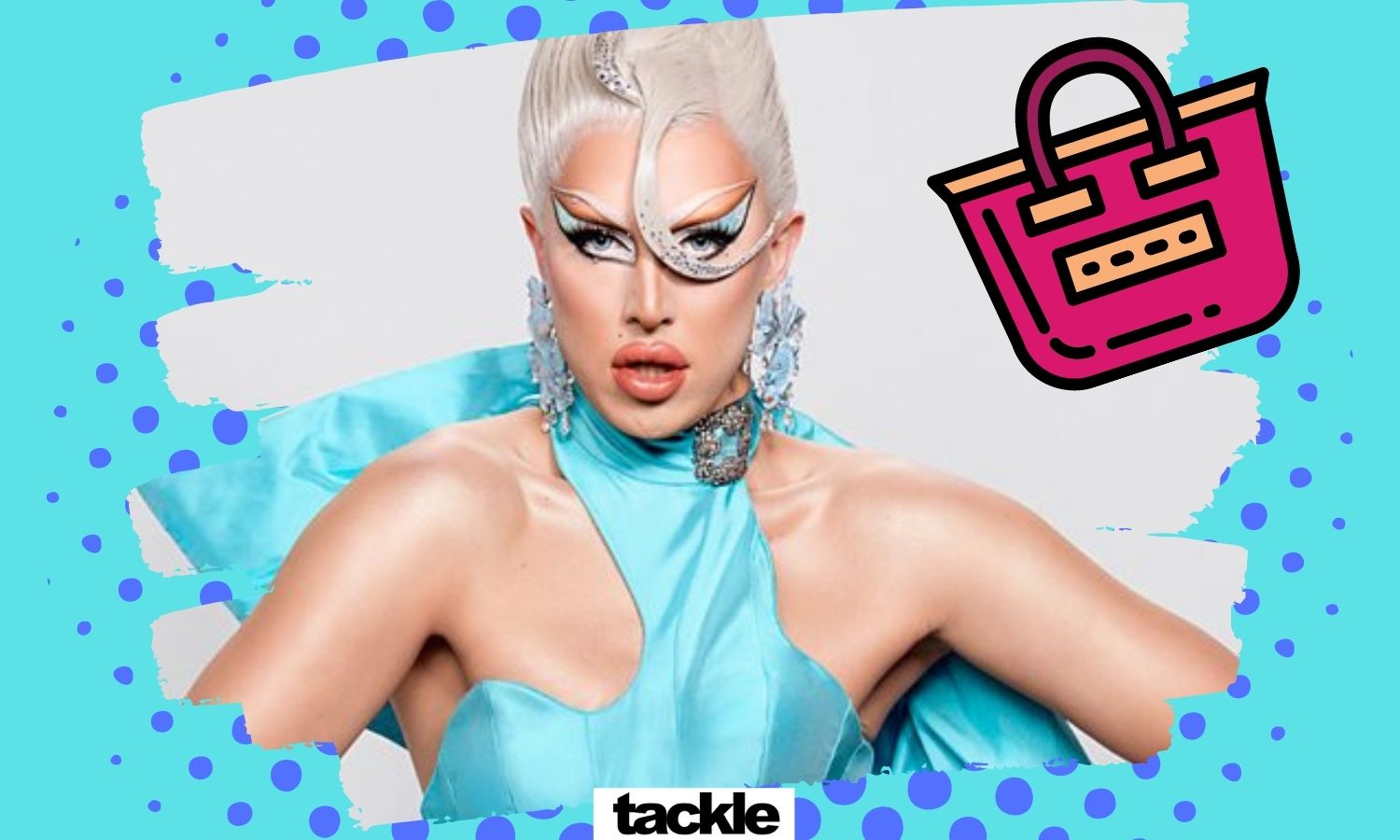 Everything you need to know about A’Whora ahead of the start of Drag Race UK on BBC 3.

Can you tell us a bit more about where A’Whora is from?

I’m from Nottinghamshire originally. I now live and work in London, but I’m still Northern as Hell. I’m a fashion designer and A’Whora is my muse, best friend and alter ego.

She is well known as a fashion queen, but I’m here to prove she’s so much more than that. She is different to anyone you will ever meet. She is striking, she has presence, and you will never see her in a High Street dress. I’m gagging at the thought!

How did you get your drag name?

I like to create a concept and when I was young, I was always obsessed with fairy-tales. Especially Sleeping Beauty. She’s torn between the pink and blue dress, like me, torn between boy and girl. She’s called Princess Aurora and I thought how can I put a spin on that? A’Whora it is! But somehow, I started off as Aurora and somehow ended up as Maleficent…

How long have you been doing drag?

I’ve been doing drag for under two years, but you can’t put a timeframe on talent. At the end of the day, if you’re dedicated, talented, and immerse yourself in your craft, you can do anything.

What are your drag influences?

As well as fairy-tales, I was into the villains. I was always obsessed with The Child-Catcher. I love the idea of being sinister, I want to walk into the room with presence. If I could be anyone it would be Cruella De Vil.

Drag is such a supportive community where we all help each other and we all learn from each other, but also drag has been like therapy for me.

Initially, because of my obsession with fashion, I decided to become my own mannequin, but really, I used drag as a form of escapism during a difficult time of my life, when I just wanted to just leave who I was and become someone else. Yes, George is camp, and flamboyant but he’s nerdy, goofy, and he has a timid side. A’Whora is the polar opposite to George.

What are your drag strengths?

I am fully rounded. I’m very creative, I can act, and I am a seamstress extraordinaire.

I’ve never been given the opportunities to showcase what I can do so now I am excited to blow you away – no pun intended!

What challenges are you nervous about?

I’m not intimidated by the challenges as I am confident in what I do, but my only weaknesses are dance and comedy challenges. Yes, I’m funny, but put me on the spot and I might crumble. Improv is not my forte.

Also, I think my biggest competition is me – as I am a bit of an overthinker.

Why do you think you should win RuPaul’s Drag Race UK?

Because of my drive, and passion. In the short time that I’ve been doing drag, I have achieved so much already.

I have a powerful presence, and I’m ready to share it with the world.

Previous post DRAG RACE UK: Who is Asttina Mandella and where is she from?

Next post What does WS mean on someone’s dating app?