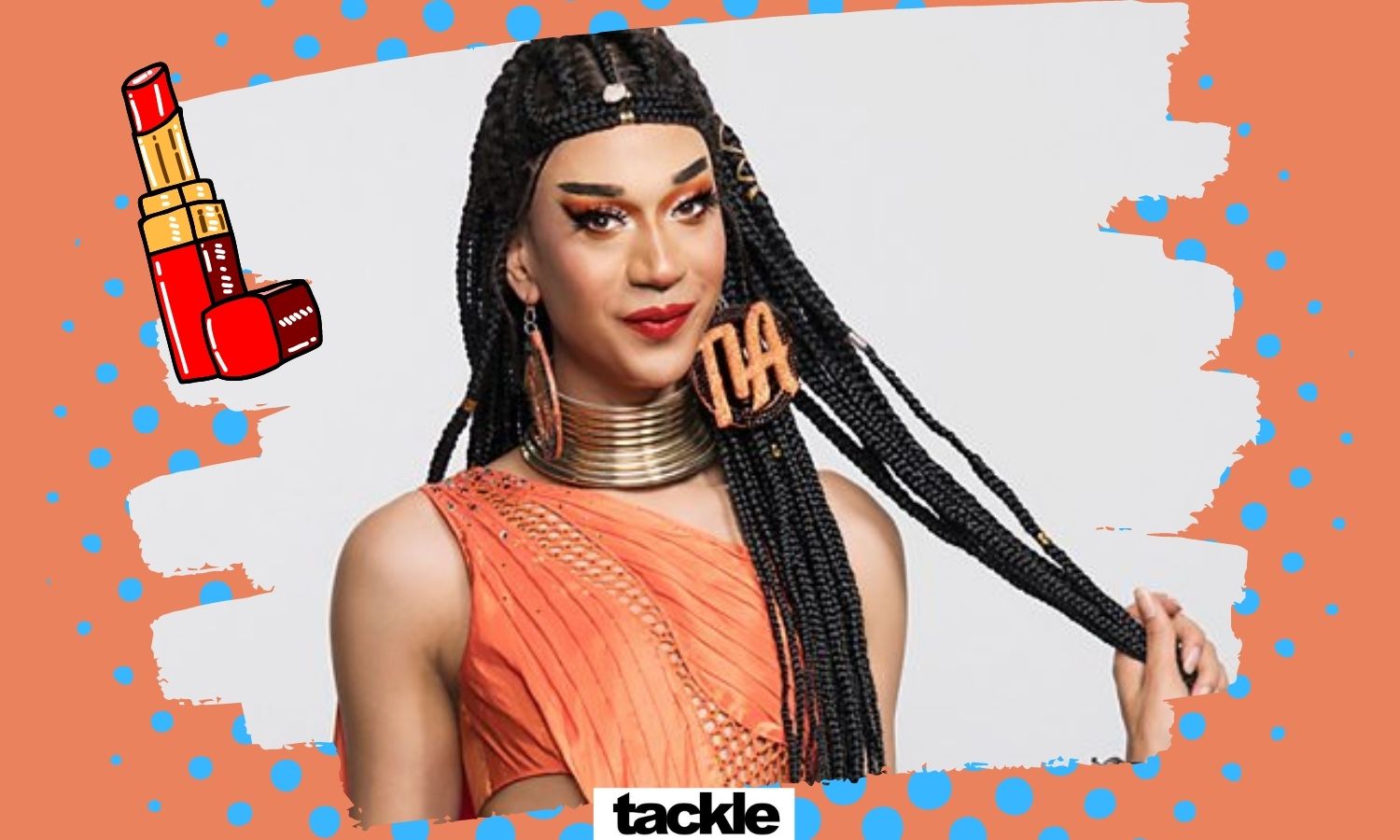 Everything you need to know about Tia Kofi ahead of the start of Drag Race UK on BBC 3.

How old is Tia Kofi?

Can you tell us a bit more about where Tia Kofi is from?

Originally from Essex, I am now the queen of Clapham.

My name, Tia Kofi is a very camp and very British – Tea or Coffee darling? It’s very me, and at the very least, it’s memorable! I’m a mashup of the drag styles. I love comedy, camp, old school, contemporary, and cultural references. As there aren’t a huge number of POC queens on the scene, I’ll often throw in something from my Nigerian heritage too. I’m also a geek. One day I might be a character from Doctor Who, and I love channelling a bit of Star Trek.

My drag is a melting pot!

What can we expect to see at a Tia Kofi show?

I’m giving you end of the pier, Blackpool. I was raised by older queens! Keeping old school drag alive is very important to me, and so you can expect anything. She’s doing live vocals, she’s all dancing, she’s camp, she’s glamour, she’s also a mess – an expensive mess. Honestly, she has been known to stretch to as much as five pounds on a dress.

What challenges are you going to slay?

I think of myself as a comedy queen, so I’m looking forward to Snatch Game. I think I’ll smash it and as I often perform with a girl band, I hope there’s a girl group challenge – but I’m here to Beyoncé myself now!

What challenges are you most nervous about?

You know when people come on drag race and they say, ‘I don’t sew’, and you’re like ‘girl, you should have learnt to sew if you’re going to come on Drag Race’, that’s me. I can’t sew. I’ve never touched a sewing machine a day in my life. Hmm…

Would you say you are competitive?

No, not at all. I’m quite shy and retiring in real life, and so I’m worried about the other queens. I can’t be dealing with fierce queens. They’re so glamourous and they scare me.  I hate confrontation. If I get any of that I will cry. I’m a child!

I deserve to win RuPaul’s Drag Race UK because I’m giving you modern drag. And, most importantly, I’m a nice person. Honestly, give me the crown. I’m pretty sure it’s been fitted in my size already.

Previous post DRAG RACE UK: Who is Joe Black and where is she from?

Next post DRAG RACE UK: Who is Veronica Green and where is she from?