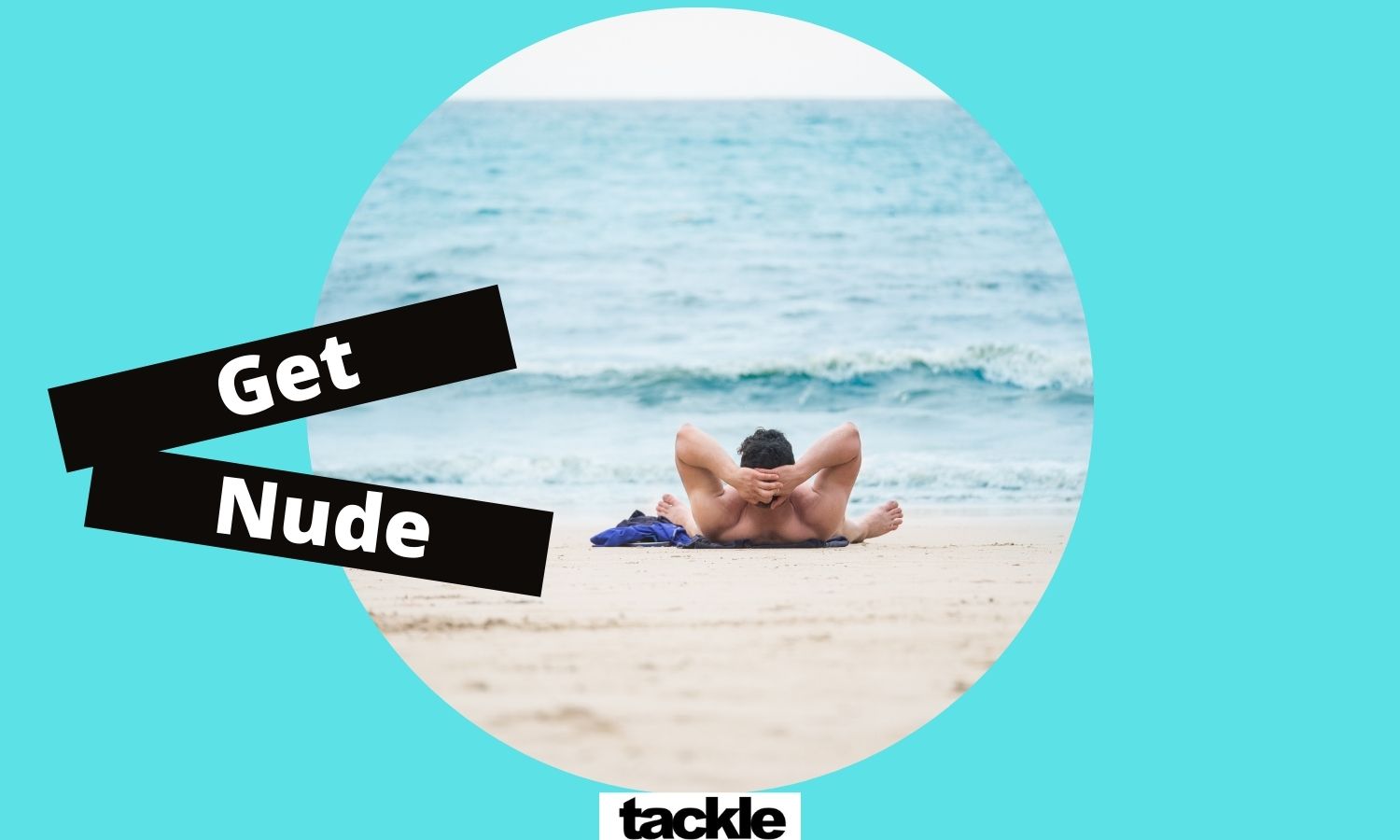 The top nudist beaches of the UK from Dorset to Isle of Arran in Scotland.

Looking for the best nudist beach in the UK?

When searching for a nudist beach, minds often wander to a warmer, more ‘European’ environment. Where banana hammocks are frequently discarded in favour of sunning those few parts that were left to the imagination. But you don’t have to travel that far to get some sun on your privates at a not-so-private locale, there are plenty of nude beaches right here in the UK.

Do we have nude beaches in the UK? Really? All I can think about is the amount of unflattering shrinkage that will be occurring. But for those of you who enjoy shedding your clothes and parking your posterior on pebbles WHATEVER the weather, there are a surprising number of nudist beaches right here in the UK for you to explore.

Let’s start with the most (in)famous nudist beach in the UK. Studland has the image of naked men baked right into the title. The popular beach is packed come summertime, whether or not the weather is hot, so this is not the beach to come to if you’re looking for peace and solitude. The shy nudists out there might be better off trying a different beach if you’re still precarious about stripping off.

Studland Bay has a dedicated gay section which, whether you like it or not, has unsurprisingly become a popular cruising ground. Many voyeurists take to the dunes for a little slap and tickle of the bait and tackle before taking a cheeky skinny dip in the sea.

Originally opened in 1979, Brighton’s nudist beach is one of the most popular and most accessible nudist beaches in the UK. And since it’s Brighton and involves public nudity, the beach is hugely popular within the gay community. Despite the fact that the beach itself is one of shingle and pebbles, it remains one of the UK’s busiest naturist spots.

So be sure to bring flip-flops and a particularly comfortable towel if you’re planning on sunning your bits in Brighton.

If you’re looking for something more secluded, and perhaps a little more comfortable and beach-like, then it’s time to head to Cornwall. Britain’s best beaches are tucked away at its southernmost point, many of which are treacherously difficult to access. The rugged beauty of the West Cornwall coastline makes it ideal for naturists, populated with plenty of little coves and rocks that are perfect for sunbathing in your birthday suit. Though naturism is not officially recognised down there, you’ll be sure to come across many isolated coves whose seclusion makes them well-suited for nudists.

Porthzennor is one of the coastline’s secluded sandy coves that is difficult to get to but ensures that there won’t be any passers-by that will be shocked to see your white bits. The crashing cliffs cleave open to reveal several corners of private sand that make an ideal private beach for two (or more). Just be careful when swimming as there are often strong undertows, and the closest land from there is the USA.

Nude beaches in Essex just seems to be asking for trouble to me. I mean how many people try to tan in the land of fake tan? But low and behold St Osyth exists, not far from Clacton-on-sea, in the heart of good ole Essex beach country. The beach itself is a bugger to get to, taking about 20 minutes to walk to from the nearest car park. So while this makes access difficult for the more “mature naturist”, it also discourages snoopers.

The beach itself is about 2 miles long and isn’t overlooked, with about 1 or 2 miles of ground between it and the nearest road or track. St Osyth is unofficially divided into three different sections: one for straight naturists, one for men only, and then one populated by sand dunes. The latter part has been known to be something of a “swinging” area, but again that’s all just luck of the draw and who’s around on that day.

Wales?! I know, first Essex now Wales, but hear me out. What the Welsh coast lacks in warmth, it makes up for with incredible landscapes to go with your manscapes (I’m running out of naked men jokes here). The blissful Morfa Dyffryn beach was made an official nudist beach in 2000 after a number of complaints by residents. The council put signposts up earmarking a 1 km space for people to disrobe. It has pristine clear (albeit slightly chilly) waters that are so clean they have earned the highest quality rating by European standards. Waters which are frequented by dolphins and the occasional German nudist. High praise from both.

So at this point in the list, we’ve all but abandoned the idea of a hot sandy beach in favour of whatever else UK beaches have to offer. So in for a penny, in for a pound, and let’s get naked on the brisk beaches of Scotland.

Cleat’s Shore is Scotland’s only official nude beach, and despite that impressive title, it is almost always empty. This makes it a great spot for our first time naturists. You’re far more likely to spend your time conversing with nature rather than other couples. But you won’t be the only nudists on the beach; seals are common in the area, so at least you’ll be skinnier than someone.

Throw in some rock pools, basking sharks and the occasional golden eagle, and Cleat’s Shore is a nude beach with a difference, which, let’s face it, is probably a good thing.

So don’t write off the UK as a great place to strip off. Yes, the water may be colder, but the experience may be all the richer because of it. Have you been to any secret or beautiful nude beaches in the UK? Want to know what it’s like to go on a nudist beach for the first time, our editor tried it out.

By Nick Baker, originally published on THEGAYUK in 2016

Previous post Can you use a carrot as a sex toy?