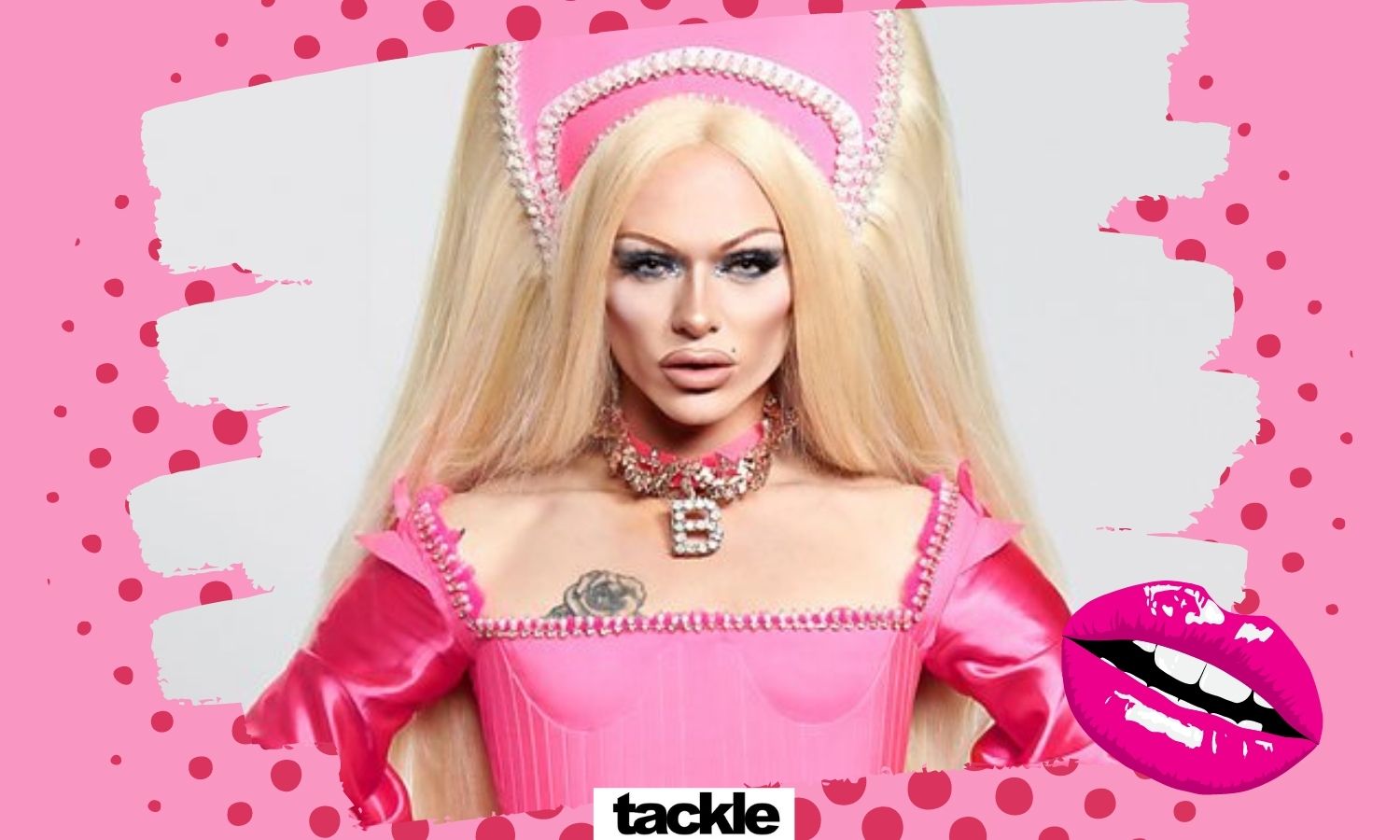 Everything you need to know about Bimini Bon Boulash ahead of the start of Drag Race UK on BBC 3.

How old is Bimini Bon Boulash?

Can you tell us a bit more about where Bimini Bon Boulash
is from?

I grew up in Norfolk. If you look at the map it’s like the arsehole that sticks out at the side, so I don’t know what that says about me!

My drag style is ever changing. I like to be super feminine and incorporate many sources of inspiration. I would never fit my drag into one box! I like to mix the ridiculous with a bit of topical news. I’ve got a lot of different acts. Some are burlesque, some are political, some are me being covered in oat milk, with a strong vegan message behind it.

I’m mainly silly, which is what I love about drag.

Who are your inspirations?

My two biggest inspirations would be Pamela Anderson and Vivienne Westwood. When Vivienne got Pamela to walk her runway, it was ICONIC.

I love Pamela because she oozes confidence and sex appeal. She was the 90s it girl. She is now an incredible social activist and uses her platform for the right reasons. She’s someone who I have always looked up to.

Why does Bimini Bon Boulash do drag?

Drag provides me with a shield. I feel a lot more confident. Drag gives me more sass. I am a non-binary creature of the night. I’m from the East London Drag Scene, where the drag is so diverse, so vibrant, so colourful you can be who you want to be and there’s no judgement

What do you think people would be surprised to know about you?

I have a degree in journalism, and I have done a lot of social activism, which is something I’d like to pursue further.

What challenges will you slay?

I’m excited to do the comedy challenges. I love to write comedy and I love to dance – chair dancing, pole dancing… I can fold myself in many different ways. I can even do the Russian cancan in a pair of massive heels, so if that doesn’t save me from the apocalypse then what will?

What challenges are you nervous about?

I’m creative, but I’m not crafty – like many queens, I get a lot of my costumes made for me. I have skills in other areas!

Do you have any game play tactics??

I don’t think you have to be mean, shady or super bitchy to prove that you’ve got something. You get out of the world what you put in. I used to be quite competitive, as I used to run for my home county, but as I don’t’ like too much confrontation, I may need to do a bit of yoga.

Why do you deserve to be crowned the UK’s next Drag Superstar?

Going into RuPaul’s Drag Race UK is crazy because I only seriously started my drag journey eighteen months ago, but I’ve learnt that if I put my mind to it, I can do what I want to do. I’m ready to show the world what I’ve got.

Previous post DRAG RACE UK: Who is Cherry Valentine and where is she from?

Next post DRAG RACE UK: Who is Ginny Lemon and where is she from?

What is a glory hole?