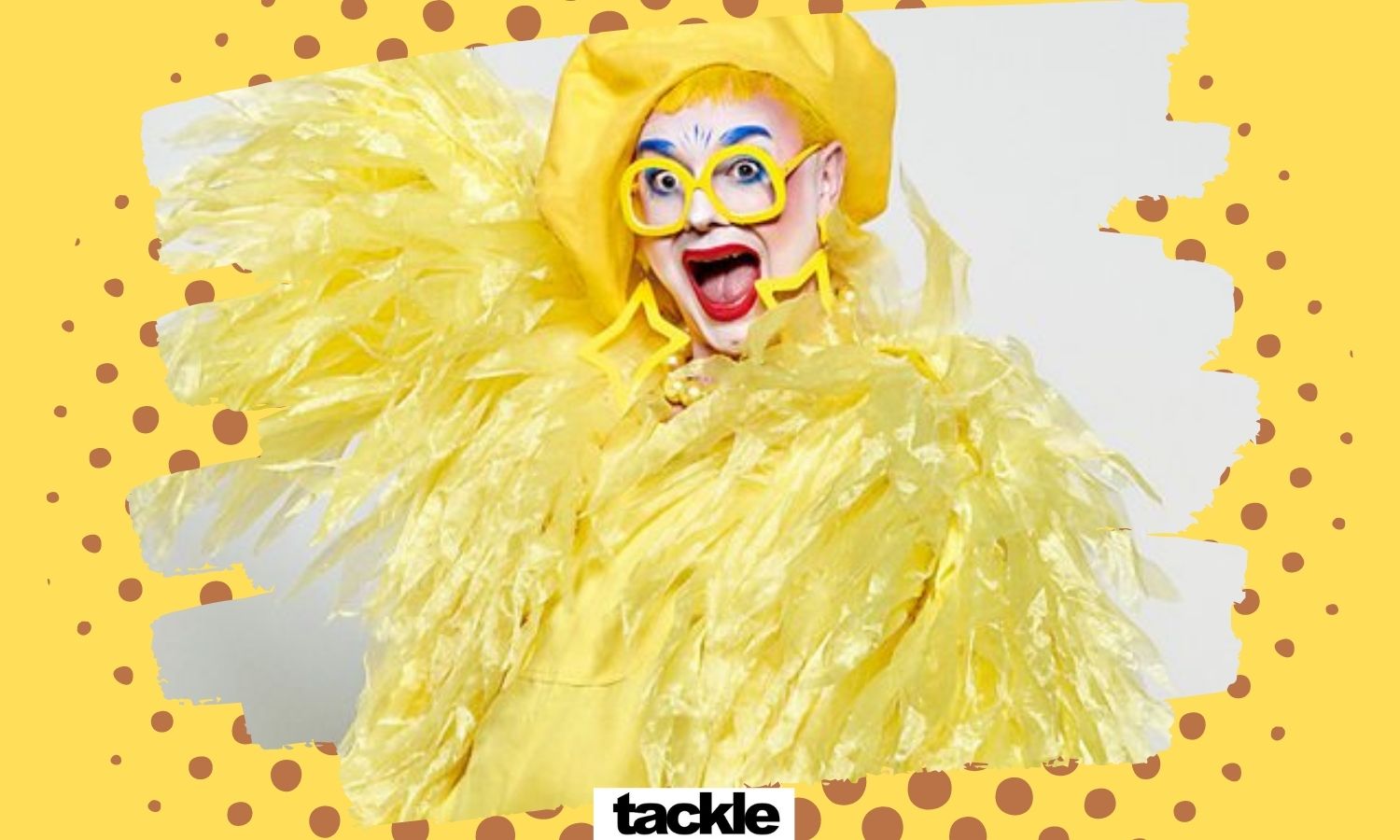 Everything you need to know about Ginny Lemon ahead of the start of Drag Race UK on BBC 3.

How old is Ginny Lemon?

Can you tell us a bit more about where Ginny Lemon
is from?

I live in Worcester, but as there’s no drag scene there, my main scene is Birmingham. It’s absolutely fabulous and so diverse. It’s the most loving and embracing scene I’ve ever been a part of. I think people need to wake up to how fabulous Birmingham is!

Who is Ginny Lemon?

I’m the hairiest woman in show-business! I’m the only non-binary drag queen in the UK… with a sense of humour!  I don’t do traditional drag; I am a character. My look is a 90’s daytime TV presenter. I wear my face which suits me. For me, it’s not about makeup. It’s all about the performance.

Someone once said I was too fat and ugly to wear yellow, so I thought well I’m going to make it my signature colour! For me it’s a spiritual sign of happiness. Plus, I like to look absolutely bat shit crazy.

What can people expect to see at a Ginny Lemon Show?

All I know I’m going to do is go on that stage and say, “Hiya Babs I’m Ginny Lemon, Fancy a slice?” BOOM, anything can happen. I’m an improvisational comedienne so you’ll get high energy, you’ll get madness, you’ll get the unplanned. I never ever repeat a show.

Why do you look familiar?

I did X Factor in 2017, and I sang Liberty X’s Just A Little Bit. Really, I’m a singer songwriter, and drag is how I do that. I’ve been doing drag since 2016 so I was quite a new Drag Queen when I did X Factor.

What are you drag inspirations?

What challenges are you going to slay?

I’m a fabulous singer and I can do everything. And, an absolute bullshitter as well.

I’m looking forward to any comedy challenge. I’m going to bring you a down to earth, working class, sense of humour.

What are you most nervous about?

I’m not nervous, I’m not scared. I love a challenge. This is fabulous. Bring it on. Fancy a slice!

Actually, I don’t sew, no way. I tried to sew but I got too nervous, I was lethal with a needle! I also really hate choreography. My sewing skills are crap, but I can tape together baccy pouches to make a dress if I have to!

Previous post DRAG RACE UK: Who is Bimini Bon Boulash and where is she from?

Next post DRAG RACE UK: Who is Joe Black and where is she from?