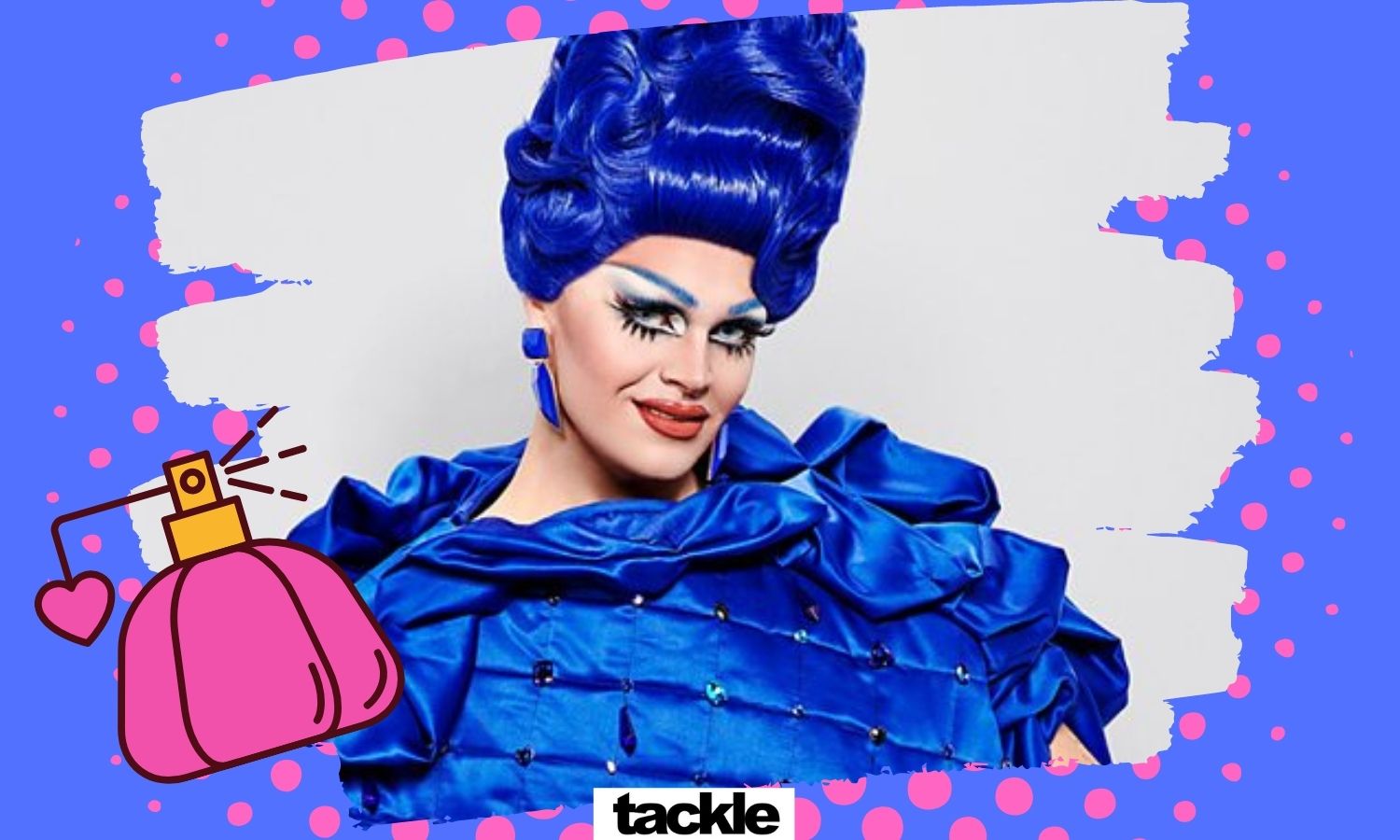 Everything you need to know about Sister Sister ahead of the start of Drag Race UK on BBC 3.

How old is Sister Sister?

Can you tell us a bit more about where Sister Sister is from?

I’m from Liverpool where the drag scene is incredibly varied.

We have the grand high mistress, Lily Savage, who paved the way for drag queens everywhere, God bless her! You have the gorgeous queens of drag town, like angels from a high, then you have the grungy queer scene who like to get down dark and dirty, and throw condiments, and then you have me! I think I fit in to the middle of lots of different worlds. I’ve always had a strong aesthetic and I’ve always had a strong sense of what I think is funny and when you put those things together: it looks, and sounds like me.

What can we expect from a Sister Sister show?

If you turn up to a Sister Sister show you’re going to get my absurd comedy timing. You will get some fantastic looks and to keep you on your toes, there’s some mild morbidity too.

My comedy style is very dry. I think it sometimes takes a few dim-witted people a couple of seconds to catch on. That’s what I love.

I have a saying: “if you’re not having fun, what’s the point?”

Like most people I got into drag after a breakup. I kicked him out, bought some makeup and started painting. I started with a big blue circle on my face!

I love being experimental with paint. I started in art school and went from painting on canvases to painting on my face instead.

Who or what inspires your drag?

I grew up on good, solid, British comedy. I was watching French and Saunders and Victoria Wood since forever.

Plus, I’ve always had an interest in fashion, I grew up watching Jem and the Holograms. I was always such a fan of the stupid obnoxious makeup. The 80s style is very garish, but they used big shades and I love that.

What are you bringing to the competition?

I think I am the underdog, lowkey, multi-tasker. I know I can turn a look and my makeup is strong. I know I can hold attention in a room because I’m funny. I can dance (not well), but I can dance!  I have personality in abundance and that’s one way to keep the cameras on you at all times. My game plan is to just be cheery. You can’t battle with someone who is smiling.

What challenges do you think you will slay?

I am so excited for any stand-up comedy challenge. I will wipe the floor clean with those girls!

What are you most nervous about in the competition?

I have this insane irrational phobia of falling over.

I am so unsteady on my feet. It’s a constant fear.  I just don’t want to make a tit of myself in front of the other queens. I want to turn up like a warrior.

Previous post DRAG RACE UK: Who is Veronica Green and where is she from?

Next post DRAG RACE UK: Who is Tayce and where is she from?