It can happen to the best of us – the fuck fart. He pulls out and you parp. It’s just the way it goes – and most likely is probably not an actual tummy-made gas, so is it really a fart?

In women or some trans guys who have a vagina, it’s called Queefing and it’s essentially the air that escapes the vagina – but a fart and queef can both sound the same. So what should we call air that escapes your bottom during sex, but isn’t actually gas from your intestines… Beefing?

This is why you might beef when the top pulls out, especially if it’s unexpected. The air that escapes is most likely to be air that’s been trapped in your rectum rather than from your lower intestine. Which is a good thing, because it’s also highly unlikely to smell – especially if you’ve prepped for sex, by douching.

What’s the difference between a fart and a beef?

Some positions will make you beef more

The Butter Churn is a prime example of a position that can make you fart when he pulls out. That’s where the bottom props up his back with his hands and puts both legs in the air above his head, while the top enters in a downward motion. Its a bit like a plunger – and that causes a lot of air movement.

Staying clear of any position where your butthole is likely to be more exposed like if your legs are wide open might also contribute to a build-up of air in your rectum.

Also, the slow plough, where your top thrusts all the way in and then all the way out of your ass is likely to get air trapped, so don’t be surprised if you parp a little during this.

The best thing to do is laugh at it or just ignore it altogether. Try not to be embarrassed about it, or even apologise for it. It’s completely normal, happens to everyone and there’s nothing you can really do about it anyway.

You never know the guy you’re with might actually be turned on the sound of your beef. So just go with it. Don’t let it stop the fun. 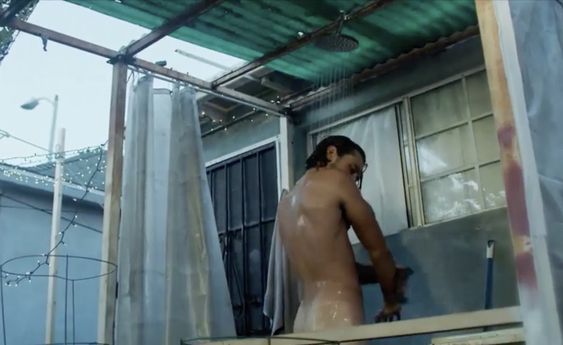 Next post KJ Apa shows off his glistening buns of steel