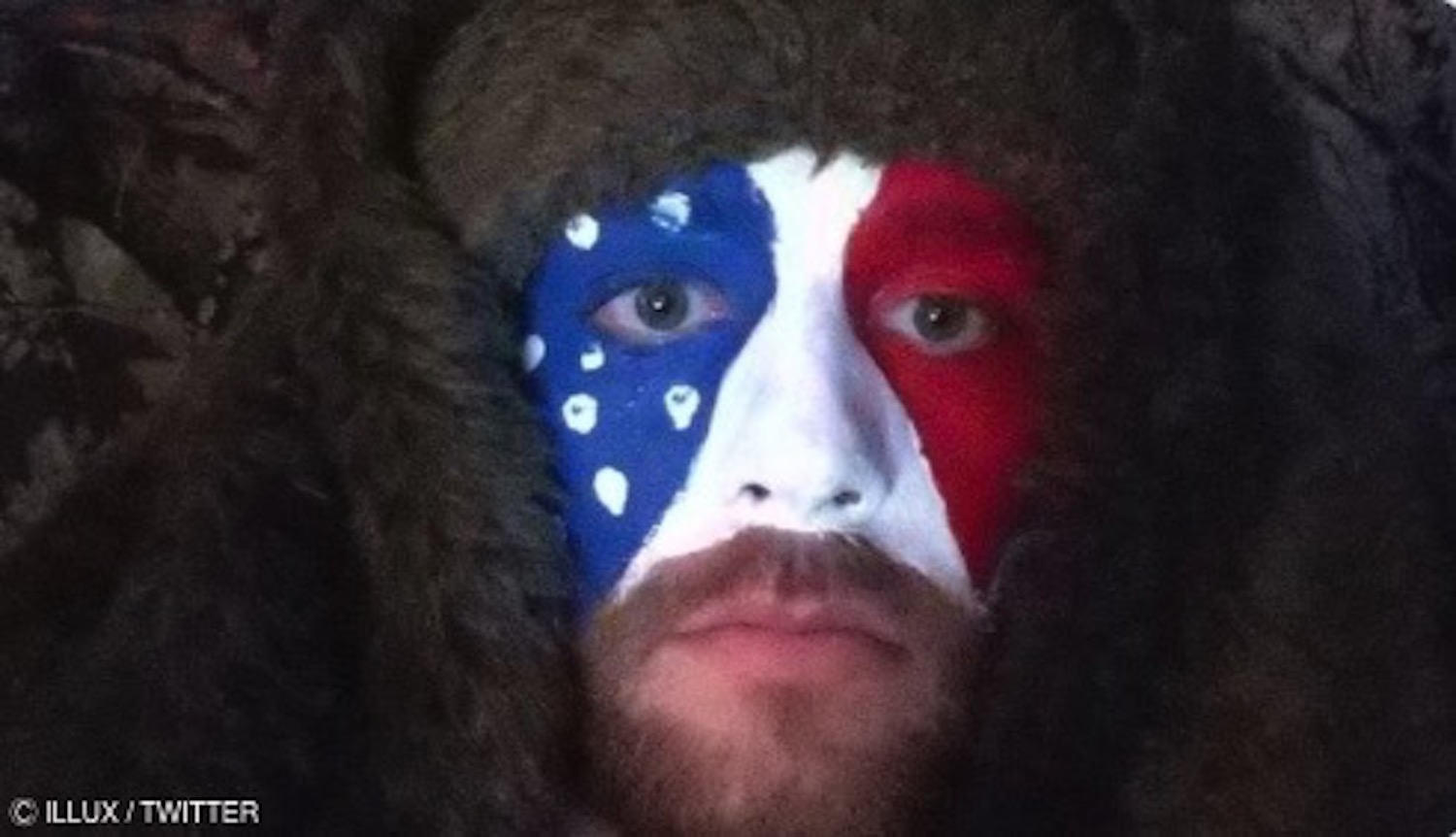 Entertainer “Illuxx” has dressed up as Jake Angeli who was one of the guys who invaded the Capitol building (and arrested and charged) during last week’s riot. Although the content maker labelled the scene as “satire” we’re not entirely sure he knows what satire is – or in fact what point he’s actually trying to make.

In an introductory call out to his fans, Illuxx wrote, “Illuxx@Illuxx1Who wants to see an insurrectionist take a fat dick? I’ll be on at 11:45ish tonight.” Which initially caused some confusion as people thought it might actually be Jake Angeli.

One commentator on the Tweet to Illuxx’s 11,900 followers called it “fascist cosplay” and many dragged him for the look and for essentially glorifying what happened at the Capitol Building, while some were just happy to see the swinging dong in action.

In the film, which he uploaded to his OnlyFans he is seen with his face painted in USA flag colours and wearing a faux animal skin head covering complete with horns.